Can we communicate the ineffable? When words fall short, what captures the moment? We do not duplicate; we offer resemblance, the subtle differences complementary and expansive.

do you remember the shapes
of leaves?

inordinately … bare spaces
return our talking from
the silence

to avoid the extreme image

Angela Weiser is an emerging writer based in southern Ontario and has read her work at Small World Music Centre, Toronto. She is a research assistant in World Cultures at the Royal Ontario Museum, and recently completed an M.A. in Comparative Literature at the University of Toronto.

Inspiration can come at almost any time, in almost any place. Writing is work, a physical activity. Most of us try to enhance that link, creating a space conducive to their union. Here’s a lovely rendition of that place, both physical and metaphysical.

Searching for past and art, we climb
from the estuary, the herons, the gulls,
up the path to the poet’s Boathouse
and, roost-high on cliff, his writing shed.

The window looks in upon a capsule
of a post-war, cold-times, radio world,
the lamp, the bottles, pens,
the jacket over the chair,
and our eyes come to rest upon
what surely is his craft’s real cornerstone,
the raft of crumpled sheets, strewn paper,
faint, faded hieroglyphs.

We feel this quiet place, its heart beyond
the snatch of empires and economies,
a world whose rules are of paper and pen,
in which wealth shall have no dominion.

Robert Nisbet is a Welsh poet, sometime creative writing tutor at Trinity College, Carmarthen, living a little way down the coast from Dylan Thomas’s Boathouse. He has published widely and in roughly equal measures in Britain and the USA. He is a Pushcart Prize nominee for 2020.

What is the source of significance? Is it entirely human? Can a simple, random event become elevated beyond its essence? How? Why? Sometimes, we just overthink. Here’s a little exploration by Hugh Anderson.

A tarnished scrap, a paper corner torn away
tangles a moment in bare branches
and flits across traffic
across windshields and nascent rain
Then on the hard edge of the wind, ascends

Is there somewhere despair pursuing
a parchment corner with the sigil
of a  wizard king, ripped from hands
new minted to diplomacy and sure now
of doom so many ways?

Or fugitive from the patent office,
an intricate design for revolution:
a dumbwaiter to carry prayer to god?
This small scrap the key, the circuit
without which all is fantasy

A scrap of prayer, a mustard seed
words that could shore up
a crumbling nation and its divided souls.
Whatever.  Few eyes follow
as it mounts the wind to drown in cloud

Welcome spring! And welcome to Issue 15. Our theme for this issue is “Paper.” We encountered some lovely, expansive interpretations which we hope you’ll enjoy. While the world is abuzz with constraint and restraint, we hope this respite rejuvenates your spirit and lessens any burden you bear.

Once again, we tout the artistry of Editor Ryn Holmes, whose original photography graces our masthead. Pretty inventive and quite original!

It’s been a strange spring. We do hope this finds you healthy and fit, in all senses of the words. Some of us are facing difficult circumstances. We send what we can: our deep love and support. Take your solace, faith, and hope where you can find it and make it. We look forward to seeing you again for Issue 16 and beyond.

As always, we thank our readers and contributors. Peace to you. 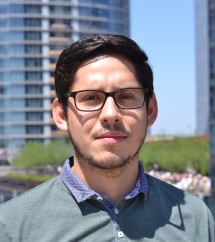 The use of mapbook form for Esteban Rodriguez’ nine poems was a perceptive choice. With El Valle, he shares his struggle to accommodate the language and customs in border towns on both sides of Mexico and the United States, specifically in and around South Texas.  Having grown up in Southern California, I know those border towns where gringos and Latinos have an uneasy truce.

Beginning with “Weslaco,” the reader is pulled into that life, also getting a sense of the author’s belonging and displacement, the familiar and the alien, of one torn between two cultures “…the sky struggling…less than the street corner,…” never quite fitting in either. “Mercedes” salutes and mourns the changes coming to the town, the neighborhood, the home, “…not the families moving in and out, in and out …can remember the past….” He recalls boyhood with an innocent sentimentality, acknowledging the local agriculture and reminiscing about an old fashioned, derelict Carnival that purveyed cheap excitement for a boy “…in the center doused in laughter and ready as the deep-fried darkness thickens….”

Growing up, we join him in “East Juarez High,” an outsider as student. He empathizes with his mother’s limited command of English and compares it to his own deficiencies in Spanish. “…the border of your mouth”…”imposter pretender … student who despite attempts to memorize phrases…can’t speak enough Spanish just like his mother…couldn’t answer the questions….” in English from her own teacher when in school. Here, the devastation to the self-esteem is clear in “with a pen was shown the ways language can be carved on flesh.” “Progreso” takes them both across the border to her former home in Mexico, his mother too poor to afford necessary dental care in the states, opting instead for what she could find there. He again sentimentalizes as a town “…rose into view like a lost civilization…cars parked…sunburnt and abandoned…stands before the bridge…that sold pottery…piñatas…car parts, jewelry….” To the author as child, it was fantastic, “…shells were really bones…the woman who owned the stand wanted…to show herself that the dead could be resurrected…if we believed they could.”

They again return south in “Nuevo Progreso,” a journey for his mother to reassure herself that she can manage okay being away from her home town. They have returned as displaced and miss the “belonging.” He sets the scene with “…cross-legged women in sarapes begging…boys selling candy chiclets…legless men in wheelchairs shaking their cups on the corner mumbling….” She is trying to convince herself that “the bed rest Sprite and prayers worked and the expired pills she took…made the coughing go away….” This brings the reader to “Falfurrias.”  This time, a checkpoint crossing with his father has the potential to turn into a crisis when a border agent orders him to “…pull over step out go into an office…” while the author with limited command of English is directed to remain outside. Uncertain and worried his father may be detained, he tries to guess “…they suspect he forged his documents…he is not who he says he is….”  He notes his father’s subdued demeanor and relief when permitted to leave. His father is “…sure that when he crosses the checkpoint again he’ll be whoever they expect him to be.”

“Donna” returns the child to his hope to us as he looks beyond bleak environment to the tawdry glamour of a cheap circus, overlooking the mundane to reach the fantasy “…smudge the haze off the edges of a scene…the world beyond a circus a three-night extravaganza…he must have….”  Desperate, he wheedles and negotiates with his mother, Donna, to win the prize: “…be good…won’t ask for candies toys….” He holds on to the possibility of future self-transformation, “…be someone else.” That wish comes true in “Basilica of Our Lady of San Juan del Valle.” He leaps ahead as he did in “East Juarez High,” mildly dislocating the reader with a changing chronology. The destruction of the church by a plane crash stimulates a discussion with an uncle. The writer is on the eve of flying to college and shall leave all he knew to experience a “…sea of chicks the parties…” He will be where few look like him or carry familiar surnames. His poignant response comes with his epiphany of “…once you leave…no part of you can ever return.”

This brings us to what I believe is the final piece (they are not numbered), “McAllen.”  Rodriguez is on the cusp of age fifteen and teases the reader with a hint of gender fluidity. He is in town with his mother and cousin shopping for her Quinceañera dress, a concoction of elaborate femininity meant to represent her budding womanhood. A joke made by his mother to the writer asking “…if I want to shop for my quince too…” gives him pause. He has an epiphany that when his age turns, “…I’ll want the gown the ballroom the gathering of family and friends the dance with my father….”  Again he seeks a transformation, a ceremony, to mark his coming manhood, “…to feel like someone else.”  He wonders if he “…will have his cake and eat it too.”

Rodriguez writes with insight, sensitivity and sentimentality. The reader is privileged to transition with him through various stages of his young life and attempts to reconcile his culture with that of the larger population of gringos.  He uses themes of alienation and transformation to tell his story.

Welcome to Issue 14. For those of you returning, we thank you for joining us once more. For you first-timers, we hope you enjoy what you find here. One special feature of posting an issue just after New Year’s Day is that we compile it over the holidays, smack-dab in the middle of the season, our spirits growing and flowing. It’s a gift to and from so many, and the warmth it brings to us is one of the highlights of the holidays.

You may have noticed we switched our masthead theme from flowers to abstract photography by Co-Editor Ryn Holmes. Pardon the plug, but it’s fascinating, innovative stuff. You’ll see more of these as the issues continue.

Meanwhile, Issue 14 should keep you artistically occupied and satisfied. We tend to see motifs from issue to issue. One of this one’s is women’s experience and consciousness, particularly as girls become women. Not all is princessing, it’s clear. But the art is just as sparkling. Naturally, the fine work here covers a, dare we say it, panoply of subjects, something for everyone.

We must admit that due to a glitch in our submissions process, we received far more submissions than usual, a good problem to have! That helps explain why we’ve included more contributions than usual. They’re all so deserving and gleaming.

Thanks again for your support and attention.

Please join us in congratulating this year’s nominees. We hope you have and will enjoy their work as much as we have. Check them out – we’re sure they have plenty of additional fine work.

Being a Bishop – RC deWinter 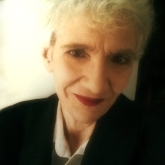 What a Middle Name Is – Liam Strong