There were three of them, and only
two finished the work.  Ethereal all,
bluestockings I suppose you’d call them.

One I recall was taking counterpoint;
I noticed how she clutched her book of
exercises to her breasts coming out of

class, her cheeks in high color. She took up
with a guy from New Hampshire, as handsome
in a backwoods way as a Greek god with golden hair.

The second brought hers to the house
of her marriage, on the North Shore.
I never heard her play it.

I watched her boss, a nature-type, take her
away from her husband, the one with the
money and the name, who lusted for fame.

All started from the same kit, and
one made a mess of it, leaving the
parts to lie unassembled on the floor.

That one was mine; she settled for
a hammer dulcimer, something homely
that you struck with mallets, not with the hands.

She’s the one who’s gone now,
unable to complete the work of herself,
or play the tune that rings within. 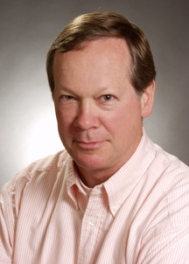 Con Chapman is a Boston-area writer, author of two novels. His poetry has appeared in The Christian Science Monitor, Light, Spitball and various literary magazines. He is currently writing a biography of Johnny Hodges, Duke Ellington’s long-time alto sax, for Oxford University Press.