Dear Janet, I write to tell you we are alive.

The bridge to the mainland was destroyed a month ago, but the energy collective is self sufficient. So, here we are. If you are around, please respond, and let us know what is happening over there. We can see the dark smoke in many places, and no longer hear any voices from the resort village across the channel. The seals and walrus have taken over the concrete struts, pylons, and rubble, barking their hoarse coughs and grumbles, making it their playground. Surprisingly, I am well.

Yesterday, a ship came aground on the South Pyramid reef, where the ocean comes in from the Antarctic Isles. It was one of those multi storey holiday sea liners, about eight levels above the deck, with swimming pools for the tropics. We took the tug out from the town wharf to see if we could help. There was nobody on board, and no sign of a struggle of any sort. It now sits abandoned, the size of a football field, empty, huge, a great white slug on the beach. Did you know they are painted royal blue beneath the plimsoll?

The emergency broadcasting system stopped almost immediately. After the initial loud noises, we can hear the tidal waves again. You remember Donald Houghton, three doors down? He was found being eaten by his chickens last week, his body looking to the sky. We had some problems with dogs, but they have disappeared. People have killed and eaten the cattle from the mine reserve. They have now started on the emus and the kangaroos. I have a lot of canned goods, and the cat is safe. We still catch sea trout.

Soon I will go out on my warden’s patrol. I have a really silly hard hat, red, which rolls about on my head, but does protect me from falling birds which are becoming a hazard. I have a gun from the pistol club they issued us. I have only had to fire it once. There is more ammunition than people. We have opened the old medical centre as a makeshift hospital. It has very comfortable chairs. The fire truck has been moved there too. I guess that makes it the capital! I can’t see the point of an election.

I have that photo of you paddling in the foreshore at the old whaling station, up the continental east coast. It’s gone reddish at the edges, sort of a natural singe, rather like your hair in those days. I should have scanned it and sent it to you decades ago. I will attach it to this for you – one never knows. Oh, I should have already told you about Ozzie Dubas. We had a lot of trouble with the animals from the Wildlife Park. You remember her from the Take Away? Funny way for her to go, given how much she complained of boredom.

Yours in hope etc; 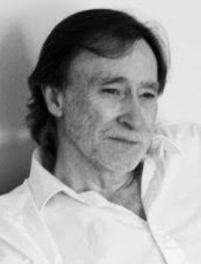 James Walton is published in many anthologies, journals, and newspapers. He has been shortlisted for the ACU National Poetry Prize, the MPU International Poetry Prize, The James Tate Prize, and the Ada Cambridge Prize. Four collections of his poetry have been published. He was nominated for ‘The Best of the Net’ 2019, and is a Pushcart Prize 2021 nominee. He is a winner of the Raw Art Review Chapbook Prize. He was a librarian, a cattle breeder, and mostly a public sector union official.