I like it when you’re drunk
and you stumble in and out of stories,
your eyes firmly fixed on a night you
no longer remember.

And your hands shake with passion but
your emotions buffer, and it
reminds me of those shows we used
to watch after having a smoke or two at

two in the morning, old episodes of something
or other, buffering on your laptop screen,
found behind countless colourful
pornographic pop-ups to furiously
lull us to sleep. 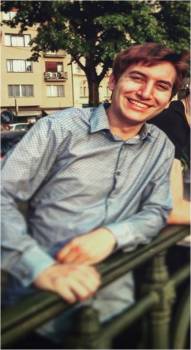 Thomas Dedola is an Italian poet based in Cambridge. He has previously had pieces published in Felan, Fictive Dream, Nine Muses Poetry and co-produced a Haiku anthology which was longlisted for a Saboteur Award in 2017.