I sometimes wonder
who allows redemption 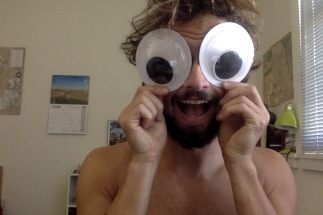 Chad W. Lutz is a speedy human born in Akron, Ohio, in 1986, and raised in the neighboring suburb of Stow. Alumna of Kent State University’s English program, Chad earned an MFA in Creative Writing at Mills College and currently serves as an assistant editor for Pretty Owl Poetry. Their writing has been featured in KYSO Flash, Foliate Oak Literary Magazine, Gold Man Review, and Haunted Waters Press, was awarded the 2017 prize in literary fiction by Bacopa Review and was a nominee for the 2017 Pushcart in poetry.