Decades have passed since I stepped over
the threshold of Bois-Gentil, the spring
of those butterfly movements in my womb.

And I entered the clinic, its palatial Swiss elegance
devoted to birth. Contractions quickening,
I barely noticed the dark green shutters

and red-tiled roof. It’s only now, from a photo
found deep in the web’s Swiss history, that I see
their vividness against a graceful white façade.

That I learn the fate of the Clinic “Kind Wood,”
scene of my rite of passage into motherhood.
A ghost of my past, it no longer sits amidst

perfumed gardens on the route de Malagnou.
Yet, the odor of roses, white and purple lilacs,
and flowers whose names I never knew

still waft through my mind’s French doors—
no longer stalled in winter bleakness,
waiting for life to start. 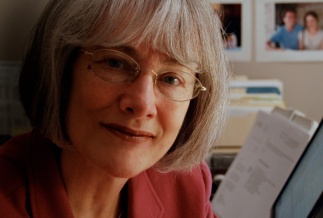 Sandi Stromberg led a nomadic life until she arrived in Houston, Texas, where putting down roots in gumbo earth has been challenging. Her poetry has been nominated three times for a Pushcart and twice for Best of the Net. Recent publications include The Ekphrastic Review, MockingHeart Review, San Pedro River Review, and in Dutch in the Netherlands in Brabant Cultureel.