There’s a crack on the ceiling, she notices in the morning haze. It wasn’t there at the start of the weekend. Now, scrubbing her soft skin raw, she stares at the thin dark line.

She should tell the landlord, but the idea of the maintenance man coming into her bathroom holds her back. He’d leered at her last time, when he was changing the kitchen light. The light had that flickered and snapped like a trapped spirit.

She woke up with a terrible hangover and a vague memory, her phone buzzing already with photos from the night before. The two new roommates with their arms around each other, smiling at the bus stop, her cold skin visible between the top of her boots and her ragged old parka.

The boots now sat on the bathroom floor like wilted flowers, their tops drooping to touch the damp rug. She keeps washing, layer after layer of soap. No conditioner, no shampoo, just her long hair dripping wet down her back. The goal was to feel her skin again.

The crack is expanding, threatening to burst open the ceiling, and send furniture from the upper floors tumbling down into her apartment.

Last night had been tall boots, synth music, that club with horrible pepto bismol bathroom stalls. She had argued with her roommate and gone off on her own. She remembered drinking, dancing, sitting down dizzy. There is a lingering stickiness between her legs, an ache beneath her bones, that simply won’t scrub out.

When she starts to feel clean, she turns off the shower and wipes down the counters, but the dirt from the counter only moves onto her, so she climbs back in. She sterilizes herself like dirty dishes, adds more soap, turns the water up to burning. Her roommate must have gone out; the only sound left is the hiss of the shower.

When she turns it off again she notices a drip from the ceiling. It echoes in the newly silent apartment. She positions herself beneath the crack, christens herself in the slow trickle of water from somewhere unknown.

With each drip she recalls the accumulating debris of the previous night, stale air in the backseat, spilled beer at the first bar, gum on the sidewalk on the way to the second. She imagines it all sticking to her skin, so by the end of the night she is a hybrid of things, a great clump of debris-armor. When the boy from the club comes to peel off her jeans, he is put off by the scent of beer. The sidewalk gum holds her zippers shut. The stale air collects in her mouth; she breathes it into his face like fire and he melts away.

Crowned in its secretions, she watches the crack expand. It opens like a sinkhole, takes in the apartments and bars and sidewalks and showers, the gaping emptiness swallowing the poor town whole. 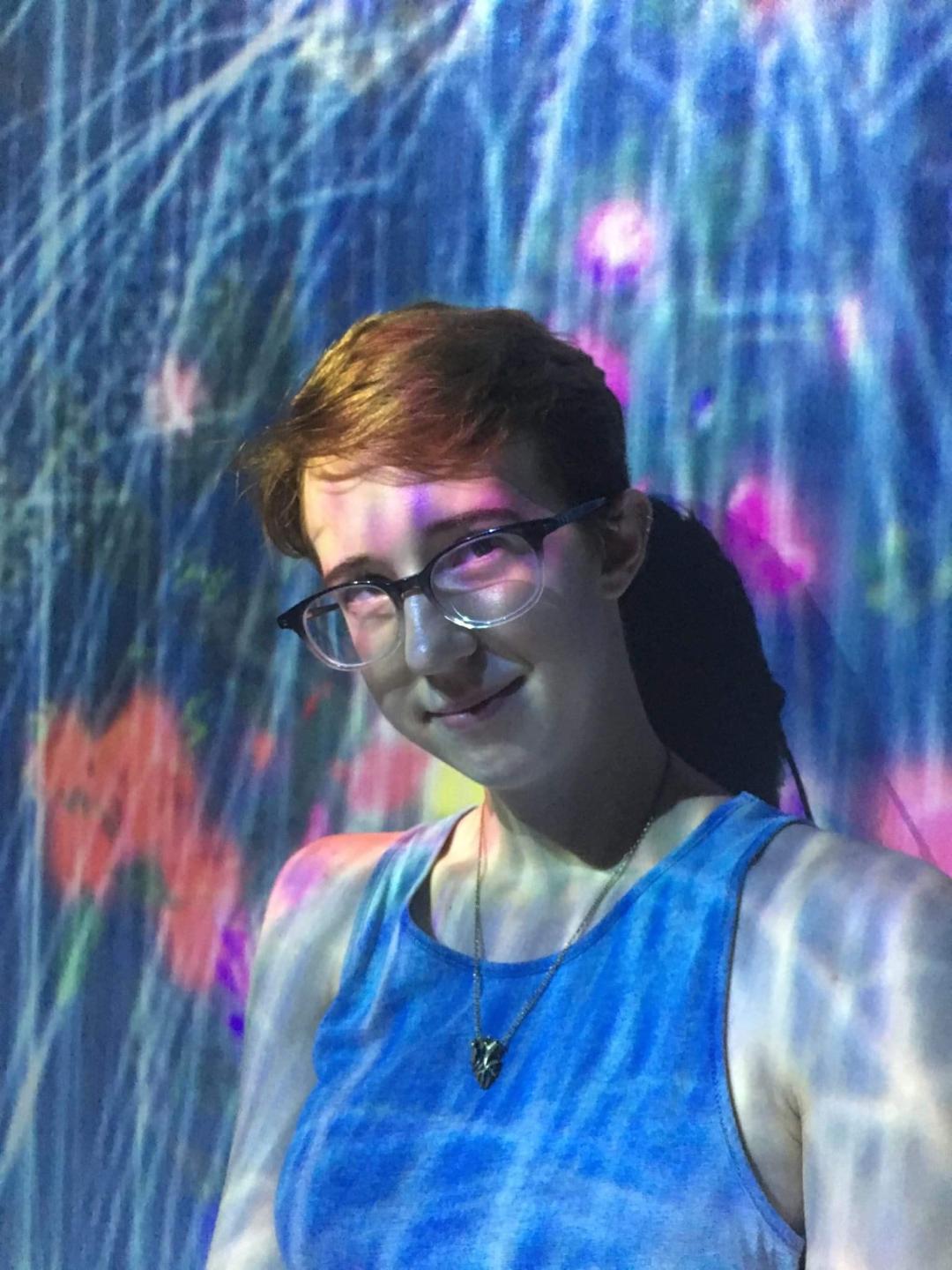 Syd Shaw studied poetry and journalism at Northwestern University. She has previously been published in Helicon Literary Magazine and The London Reader. Her passions include witchcraft, 80s pop music, and long distance running. She lives in California.