Circle of soil closed to plow or prayer
but sowing the scent of grass and apples
everywhere and upward, like a story of flying.
A flowering as brilliant as the spotted horses,
a season leaning forward—faster, wilder than joy.

The sealed place of glass and mist,
waves in which the recent dead, like eagles,
feed or float. The sad and silver dead,
kneaded by magic and battle,
not yet wholly estranged from healing.

And the lake: a blue wheel whirling
with its axis elsewhere, in another kind of time.
Lobes of motion and cold that glitter for a moment
on one fable, one imperfect, sorrowing hero
who wears well his hour and his sword.

Water is a sentience tended by women.
Images green and gliding on the top
and below, what is real and hard to see:
a weapon or a task that sinks and shimmers,
always deeper and more difficult.

Are we dark, are we wrong,
the unbiddable women of Avalon
who mend the tired dead
and send them back again glowing
with difficulties, friends who hate them?

We who did not cause the ripples,
the ambiguities adroit and long as fingers,
who did not make the misty wilderness of the unborn,
the flow of the future into the air here,
the kings waiting to have lights and voices.

It is smaller than ours,
the hero’s knowing and his future.
His candle is temporary,
his hope that shakes the shadows
with a soft and crooked light. 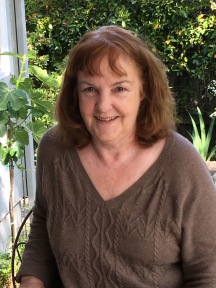 Patricia Nelson is an “Activist” poet (a movement started by Lawrence Hart in the 1930s). She has a new book due out this fall, Out of the Underworld, Poetic Matrix Press.