Should we tuck away
all sorrows
or better to
carry them high
as bread raised
after a revolution
And you have won
pillaged the city
no longer starving
but bringing home
the bread
Tonight will be festive
for your side
while the other
hunkers down
bleeding
How many
nights spent
huddled under bridges
fields turning rancid
from trod upon fruit.

It will turn, and turn again
until the pit dissolves 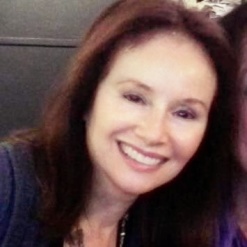 Susan Tepper is the author of eight published books of fiction and poetry. Honors and awards include 18 Pushcart Prize Nominations, a Pulitzer Prize Nomination for the novel What May Have Been, Second Place Winner in story/South Million Writers Award, 7th place Winner in Zoetrope Novel Contest (2006), Best Story of 17 Years of Vestal Review, and more. Tepper’s new road novel What Drives Men was released in June by Wilderness House Press. www.susantepper.com