When did she become a black cat in a locked
box, ears cocked to the tick tick tick of radiation’s
second-hand splintering its half-lives? High school
a yarn ball dangled just out of grasp, her teachers’ chalk
the click clack click clack of frantic knitting needles
all motion        no destination.

Somewhere she’d watched how to loop a rope
into a cry for help—a YouTube video or maybe
a link on a Facebook frenemy’s page. Today
another winter-bitten day, muscle-bound clouds

bullying the trees, their thin, naked arms imploring:
Mercy. Her knapsack a prison sentence. Her thoughts
still swam in the silent pool of lunch alone in a cafeteria
splashing with other people’s conversation.

When she stepped up on the wooden chair,
her left leg wobbling, did she feel her father’s
swift arms launching her onto his shoulders
when she was three? When she yanked the rough

necklace of rope over her ears, could she see her mother
playing peek-a-boo as she slid a pink t-shirt over
her two-year-old head? Weren’t we all wanted
once? Held, before we stumbled into tears, rages,

growth spurts, acne, the thousand cuts of dis-
appointment, the stutter-stop-go border crossing
into puberty, the longing for wings and safety nets.
Too late her hands, desperate moths flinging

themselves at the flame of rope blazing upward
from her neck, her oxygen burned with each futile
tug. Too late did she realize, forever too late, that she
should have watched that video again, again, again,

practiced the knot to slip, to slip and not to hold. Why
leave a note? She craved attention, not negation.
How many nights had she soothed herself to sleep
imagining a near-miss accident, her parents hovering

like soft angels by her hospital bed, begging her
forgiveness, promising they’d love her, better, this time?
How long had the three of them spiraled each other,
planets bound to their own orbits?

Behind her closed door, she was alive to her mother,
lipsticked and polished, pressed and fluffed,
chairing another gala for another charity, picking
at lukewarm chicken in another light-dazzled

ballroom. Behind that closed door, she was alive
to her father, suited and tied, learned and briefed,
wining and dining another client after closing another
mega-million merger. Their daughter now a quantum
superposition, alive and dead, dead and alive.

Too late the rat-a-tat of mother’s Manolo Blahnik’s
in the marble entryway, too late the sigh of carpet
under father’s Florsheims on the stairs, too late
for anyone to warn: Don’t open the door! Too late

for them to unsee their daughter, her stockinged
feet no longer twitching above the startled chair. 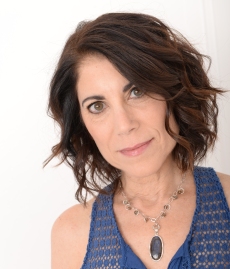 Elya Braden took a long detour from her creative endeavors to pursue an eighteen-year career as a corporate lawyer and entrepreneur. She is now a writer and mixed-media artist living in Los Angeles and is assistant editor of Gyroscope Review. Her work has been published in Calyx, Causeway Lit, Linden Avenue Literary Journal, Rattle Poets Respond, Willow Review and elsewhere and has been nominated for Best of the Net. Her chapbook, Open The Fist, was recently released by Finishing Line Press. You can find her online at www.elyabraden.com.